“One of the most striking improvements recently in Early Music instrumental playing has been in the brass department." Thus said the magazine Music & Musicians of the performing group His Majestys Sagbutts & Cornetts. The Christopher Monk workshops are proud to have been at the forefront of this development since the very early stages of the revival in the 1960’s.

Christopher Monk was unquestionably the founding father of the cornetto revival. He made instruments easily available to enthusiasts by manufacturing reliable reconstructions in resin. These resin instruments were (and continue to be) excellent instruments for getting started: fabulous sound and response, reliable (old examples in good condition play as well today as the day they left the workshops) and affordable. Now available in either “crystal” or “ebony” resin, Jeremy always says that, if he were to play a concert using both resin and state of the art wooden instruments, listeners would have no idea which was which; a mark of just how good these resin cornetts truly are are.

Following Christopher Monk’s death in 1991, the workshops were taken over by Jeremy West, one of the world’s leading cornett players. By then not only were the Monk workshops making cornetts, but also mute cornetts, tenor cornetts and the whole serpent family from the soprano (known affectionately as the “worm”) to the great bass (or “anaconda”).

Today Nicholas Perry looks after everything from the tenor cornetts down to the bass serpents (and beyond!) whilst Jeremy continues to be responsible for everything higher. Today the basic cutting of all wooden instruments is done on computer-controlled machines (Christopher Monk's dream back in the late 80's) which give astonishing levels of accuracy, consistency and finish. But, as ever, the cutting is just the start and these instruments receive a great deal of tender loving care before they are ready to go: hand finishing the instrument, leathering and tuning; every individual cornett, whether resin or wood, is tuned by Jeremy, and the wooden instruments are partially blown in before they are shipped to their new owners. The same is also true for the tenor cornetts and the serpents with Nicholas.

“Thanks for your answer which I consider as a sunbeam through the clouds ...”

"You really care about your customers!”

-and with each cornett entry she repeated this statement Sophia King, aged two and a quarter, listening to a live BBC Radio broadcast with Jeremy West and His Majestys Sagbutts & Cornetts, quoted with the kind permission of her mum and dad.

* Treble Cornetts (in G) in crystal resin at
A=440 ~ available in Red, Green, Blue, Yellow, Pink and Black 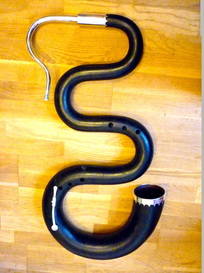 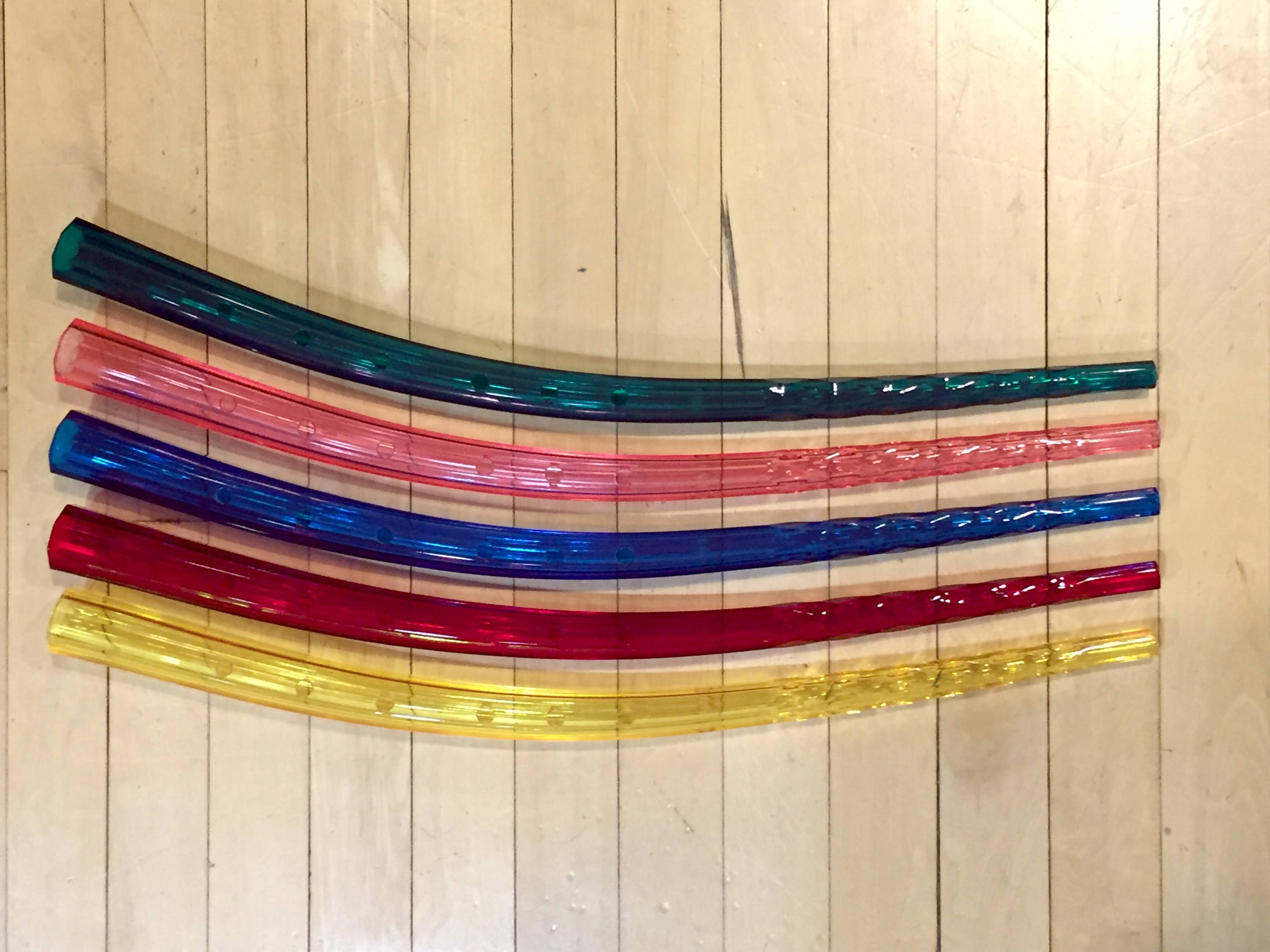 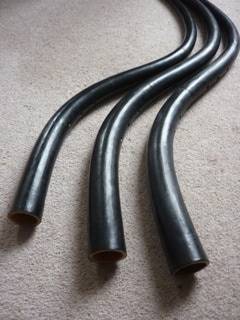